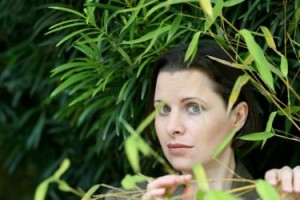 Moira grew up in teeny-tiny Rutland, England’s smallest county, which is fitting as she never managed to make it past five feet herself.  She went to the larger city of London and graduated from Westfield College, University of London with a Combined Honours Degree in English and Drama, and from Central of Speech and Drama.  She then went to very large America.

Her first stop was Orlando, Florida where she worked at Walt Disney World, Universal Studios and various 99 seat theatres, and also Sak Theatre where she performed skits and TheatreSports™ style improv before becoming the co-host and referee of Nickelodeon’s incredibly popular and cableACE nominated GUTS- later to become GLOBAL GUTS- a sports-action show for kids, which was filmed at Nickelodeon Studios, Florida.

Moira spent most of the ‘90s with Nickelodeon being known as “Mo.” She was also a frequent guest on Figure it Out and hosted parts of The Big Help for several years.  And she spent many, many weekends traveling the great U.S. of A. hosting live Nickelodeon shows and events.  They nearly always concluded with generous quantities of Nickelodeon’s neon green “slime” (sometimes made by Moira’s own fair hands.)

Moving to LA, Moira continued a relationship with Nickelodeon appearing on such cartoons as: “Hey Arnold,” “Oh Yeah! Cartoons,” “The Wild Thornberrys,” and “The Wild Thornberrys Movie” and “My Life as a Teenage Robot,” where she played fashionable yet nasty Brit Krust, her first, and so far only, black role.

In LA Moira booked roles in theatre, movies, TV shows and pilots, but it soon became clear that the more interesting and fun roles for her were in voice-over where being always petite and generally winsome didn’t preclude her from playing villains, warriors, badasses and b**ches, nor children and teens, ingénues or mothers, or even boys for that matter.

Moira’s work spans the pantheon of the voiceover world: plays for BBC radio, plays for NPR (performed and recorded with LA Theatre Works), videogames (such as The Elder Scrolls: Skyrim and Star Wars: The Old Republic), commercials for worthwhile products, television promos, podcasts, cartoons, movies and award winning audiobooks.  She has lately set foot in front of the camera again, appearing in “Pretty: the Series” and the Emmy-winning “Dirty Work.” 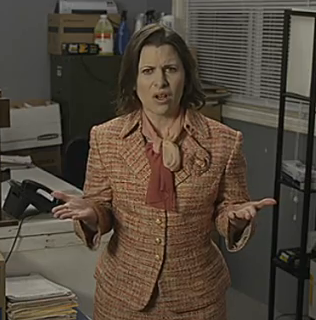 Moira is married to comedian Michael Rayner and they have two daughters, one dog and a house on the fault-line.  Moira performs stand-up herself and has been seen at Flappers Comedy Club, The Ice House, The Comedy Store, The Laugh Factory, The Tomorrow Show, The Fake Gallery, Story Salon and various theatres and colleges from Duquesne, Rhode Island to Burbank, California.

The LA Weekly said of her stand up, “Moira Quirk is aptly named playing a prim and proper British accent against a wicked sense of humor and a touch of gleeful malice.” And the LA Times said, “Her act is a sly, brilliant take on the American perception of British reserve concealing a capacity for outrageousness… She makes it all go down with precision delivery and crisp timing.”